STRAWBERRIES: THE FOOD OF LOVE AND ROMANCE 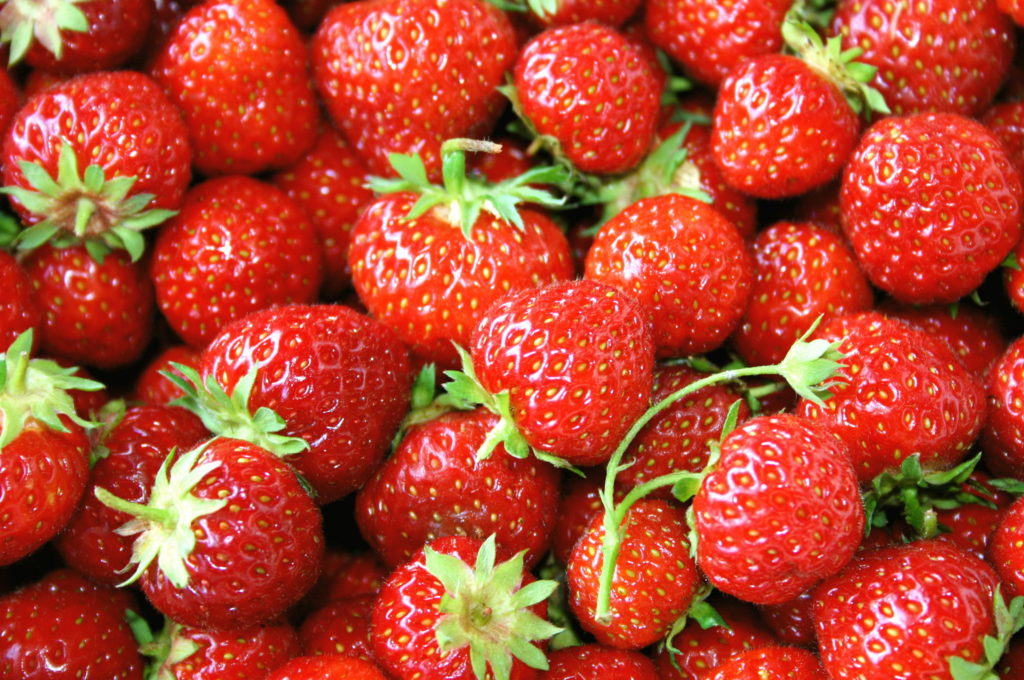 Valentine’s Day brings a sea of bright pink and red decorations, love-themed teddy bears and heart-shaped chocolate. But why are strawberries so often linked with romance? There’s plenty about strawberries that make them enticing, but let’s face it – they even look like little bright red hearts.

The history of the strawberry dates back to Ancient Rome where the fruit was considered the symbol of Venus, the goddess of love, because of its bright red color and enticing taste. Later, the berry became a symbol of fertility due to its many exterior seeds. The fruit looks so alluring in fact, that strawberries were carved into church altars and cathedral pillars in medieval times to represent perfection. Legend has it that when two people split a strawberry, they’ll fall in love.

Whether or not strawberries are truly the aphrodisiac they’re said to be, there’s no denying their appeal on the plate. Let us know if you need berries in this week’s order.